The Westminster Academy Mock Trial teams did not let sickness, fatigue, or the competition keep them down at this year’s city-wide proceedings. The Purple Team, led by Lucy Jones, advanced to the semi-final round of the regional competition for the third year in a row.

Several student competitors for both the Purple and Gold Teams were given accolades of Best Lawyer or Best Witness during their proceedings, an honor bestowed by the judge during each night of competition. The achievement of “Best Lawyer” went to Lucy Jones, Jake Hickman, Sarah Singleton, and Anna Funes. “Best Witness” was awarded to Sophie Tusant, Emily Carney, Sarah Winston Folk, Elijah Fisher, Spencer Hayes, and Haleigh Sturman. 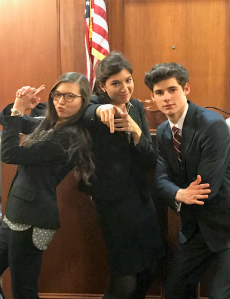 The payoff did not come without hard work on the front end. Teams started preparation work just after Thanksgiving, and have been practicing their parts for months. Both the Folk and Hayes family were generous in opening their homes to the teams, allowing them to prepare for the proceedings. Mr. Conner Davis, faculty sponsor of Mock Trial, praised the teams for their composure and dedication, noting, “The students in Mock Trial never cease to impress me with their diligence and perseverance, as they pour in months of study and practice, along with late nights during competition week.”

The Westminster teams also have more to be proud of than just their trial performances, as other teams commented on the courtesy and obvious faith with which the WA students carried themselves. White Station’s team captain sent a particularly uplifting note to Purple Team captain Lucy Jones, saying, “We were ok losing to y’all because you were so sweet and played fair…and I’m just excited to see such hardworking, Jesus-loving people go on in the competition.” 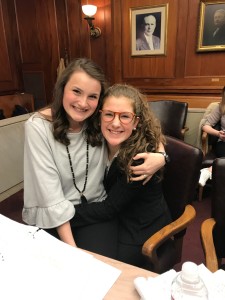